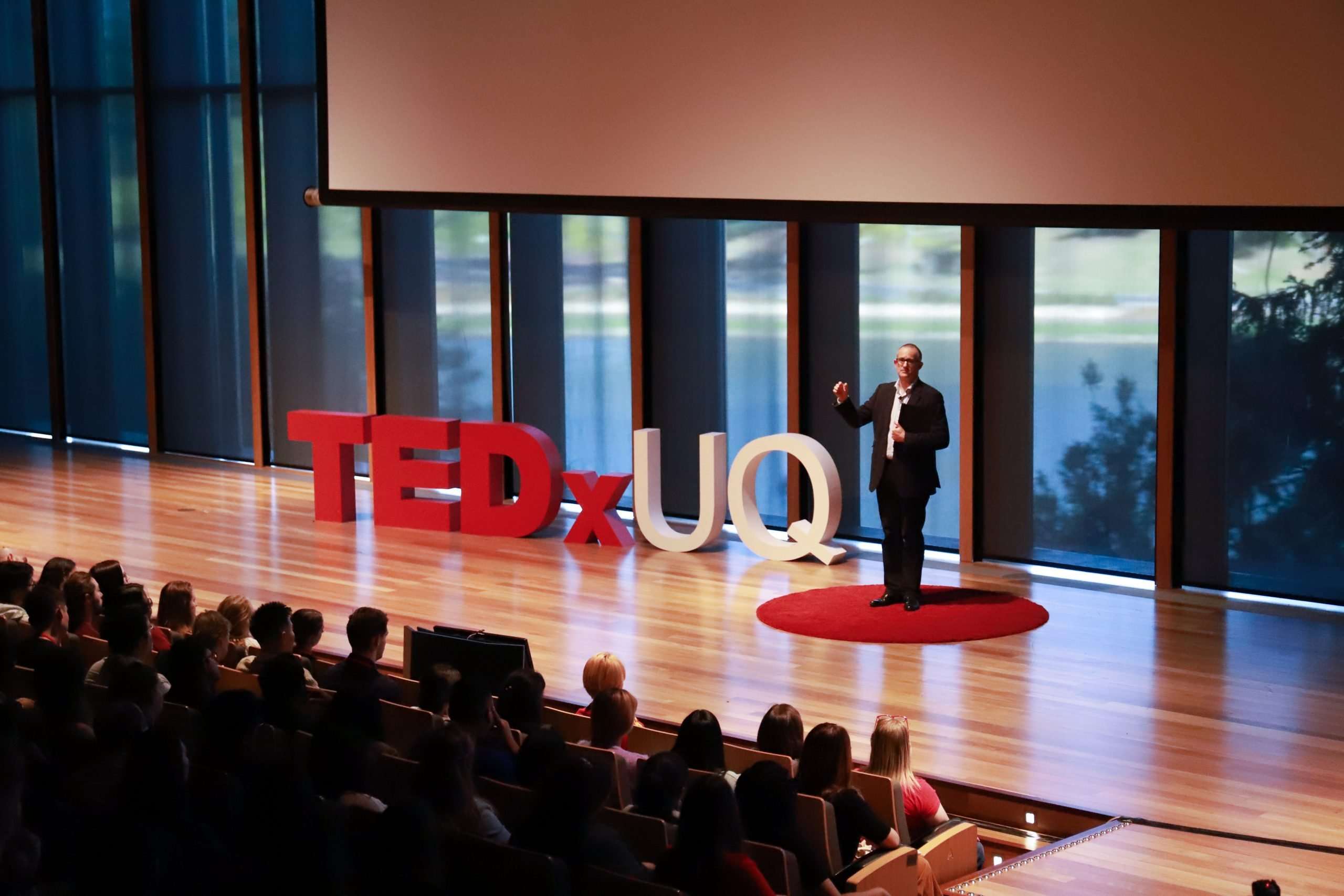 A year ago, when Simon Cleary addressed the TEDxUQ crowd about the importance of storytelling, who could have anticipated the stories we would be reading and writing just twelve months later?

Simon Cleary, the author of three novels that detail themes of trauma, loss and living with violent pasts, is well aware of the socio-political power of good storytelling.

As we progress through 2020, with each month bringing with it a new assault to the culture we deemed ‘normal,’ stories of recession, grief, violence and isolation seem to have become the ‘new normal.’

But, with the normalisation of these stories, are we losing touch with our own humanity?

As someone who has handled the stories of war and PTSD with such care and dignity, I asked Simon how on earth storytellers could write about the issues of today – COVID 19 and the resurgence of the Black Lives Matter movement, for example – in a manner that is both helpful and respectful.

Cleary said that the answer to my question was, in its own frustrating manner, time.

“We are all in the absolute midst of living in it right now and it is hard to stand above and beyond it and look at what we are living,’ he said.

“I think that in a similar way, after 9/11 took place, it really was some years before novelists and filmmakers were able to attempt to capture successfully what the effect of that was on American life and life for all of us.”

“I suspect that it will be some years before we see those big successful attempts at describing what we are living in right now.”

At the same time, he was quick to point out that on a local level, storytelling during times of hardship is at work every day.

“When we’re forced into our homes that’s a time for us to communicate, to talk and to share our experiences and I think we have done that with friends as well, across telephones and when we have fleetingly been able to catch up.”

“The sharing of these experiences are inherently ways in which we have told stories about ourselves and about each other and that storytelling has helped us to understand ourselves and the time we live in.”

Cleary then pointed to the similarities between our own recent isolation and the story told by 13th Century Italian author, Boccaccio, who wrote a novel set in Florence during the plague in 1348.

“In ‘The Decameron’ there are ten days-worth of storytelling and all sorts of stories – one hundred stories – and there is something about the way that the plague allowed people to think differently about themselves and about the world around them.”

On a similar level, Cleary muses that our own plague has provided an opportunity to see ourselves differently, to see our society differently and to wonder whether we could develop different patterns and different sets of relationships.

The global issues we are confronted with have offered us a connection to our own selves and those closest to us.

Looking introspectively, Cleary is able to recognise his own shifting perspectives and can attribute these changes to some of the stories he has been devouring recently.

He recommends to me Bruce Pasco’s book ‘Dark Emu’ and Tara-June Winch’s ‘The Yield,’ both the works of Indigenous Australian storytellers.

“I think that there is a real urgency and power in these works,” he says, noting that it is no coincidence that more and more people are turning to these kinds of stories in today’s socio-political climate.

He had one more very pertinent book to recommend to me: Jess Hill’s ‘See What You Made Me Do,’ a non-fiction read that brutally but necessarily details the nature of domestic abuse in Australia.

It is an issue he is familiar with. In his TEDx Talk, Cleary mentioned that ex-soldiers share very similar experiences of PTSD to victims of domestic abuse.

“When it comes to domestic violence what I wonder is whether there’s an added obstacle and that is at least with war it is relatively clear what’s to blame, what the cause is.”

It is here that he sees storytelling playing its most vital role, whether this storytelling occurs at a dinner table or a barbeque, written in a book or spoken on a stage, the sharing of experiences remains a powerful tool for social change.

And, with a new book in the works, it is clear that Simon Cleary has no plans to stop telling stories any time soon.