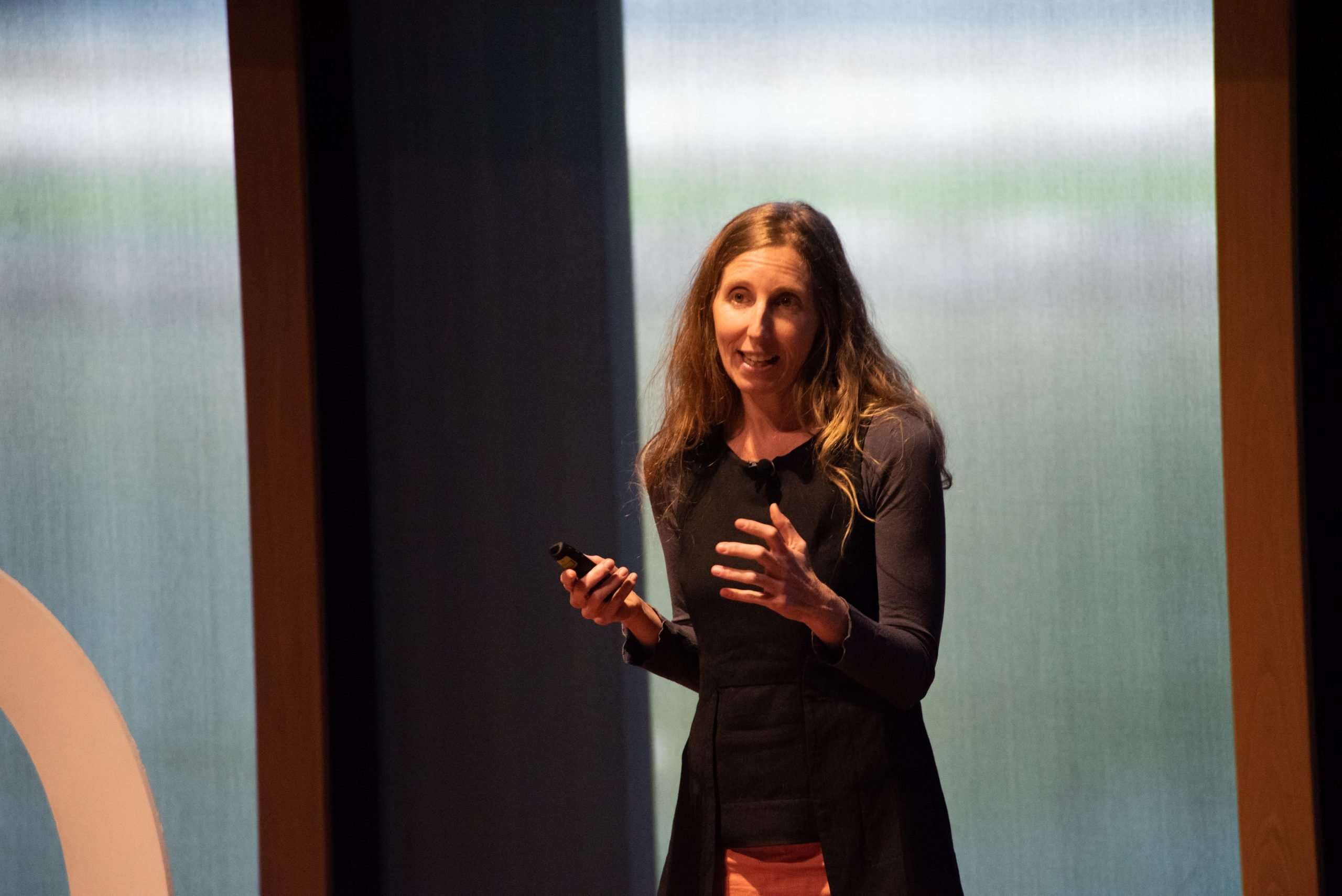 Kristen Lyons, like many of us, is eagerly looking towards a sustainable future that avoids the looming climate emergency, but she is particularly determined to ensure no human rights are overlooked in the process.

In 2018, Kristen Lyons addressed the TEDxUQ crowd about a topic of increasing global concern: our changing climate.

In her talk – which you can find here – Lyons directed the audience’s attention towards the “magical get-out-of-jail-free-card” that is carbon offsetting and proved that if something seems too good to be true, it probably is.

At the time of her talk, Lyons’ research was focussed heavily on Green Resources, a company based on relieving our climate guilt by offsetting harmful emissions with trees planted in Uganda.

Whilst the company’s premise seemed to be an unbelievably easy way to neutralise our ever-increasing carbon emissions, Lyons pointed out that it came at the cost of the livelihoods of some of the most vulnerable Ugandan citizens.

Under the guise of doing environmental good, Green Resources planted mostly a single species of pine tree over 2000 hectares of country, creating a monoculture where there used to be a diverse landscape, utilised by 17 communities for living, small-scale farming and fishing.

Since her talk, the Swedish Government, who were previously using the company to provide their country with ‘clean’ energy, have severed all ties to Green Resources in reaction to the problems that it poses to Ugandan society.

“My work now is really about centring rights – in particular Indigenous rights – in the context of climate change,” Lyons says.

Currently, Lyons is working in collaboration with Central Western Queensland and the Wangan and Jagalingou Traditional Owners who are fighting to defend their country, which is part of the lease allocated to the proposed Adani Carmichael mine. 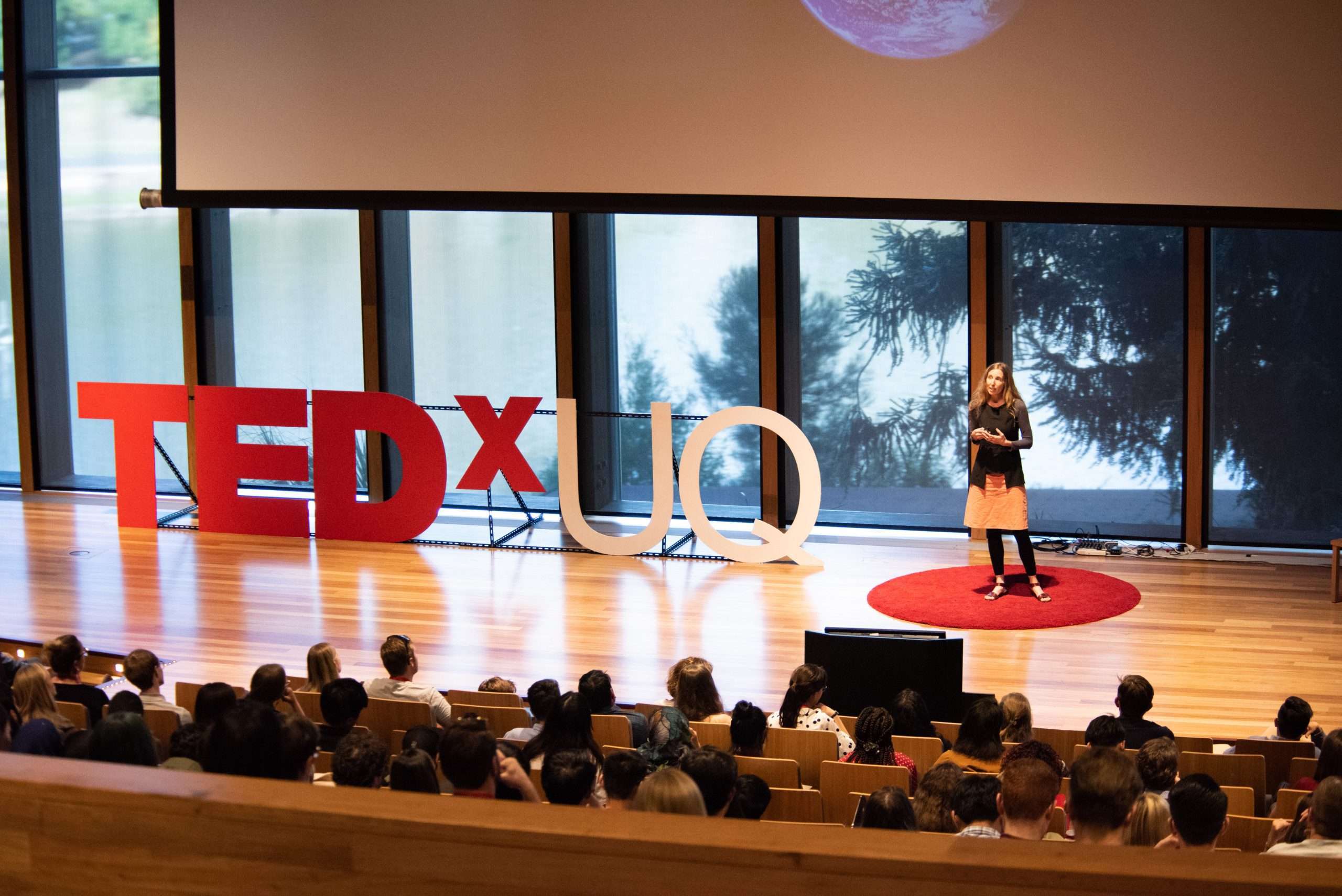 As a social researcher, Lyons is interested not only in documenting the Wangan and Jagalingou family council’s resistance but also their role in conceptualising a rights-based approach to resource extraction.

“It’s not just about stopping a mine, it’s about asserting the right to say no and the notion of pre, prior and former consent as articulated in the United Nations Rights of Indigenous People.”

“This work has been really fantastic in understanding the limits in Australia of actually upholding Indigenous rights.”

Lyons sees this case of resistance as a potential landmark moment in for Australia, who have never seen a mine disapproved in the face of opposition from Aboriginal and Torres Strait Islander peoples.

“The most recent destruction of the sacred caves in the Pilbara has outraged the nation and outraged the world. But what it has done is helped us to think about the ways this happens all the time,” Lyons explains.

“This continent is littered with destruction as a consequence of mining companies doing just what they want and being enabled by a country that says ‘we have to – we have to get resources out of the ground because this is the way in which we generate economic growth.’”

To further understand the Wangan and Jagalingou people and their fight against the proposed mine, you can find their website here.

Whilst emphasising the huge importance of recognising Indigenous connection to country, Kristen Lyons reminds us that we all play a role in the health of the land we live on and the most effective way to ensure the land’s future health, she says, lies with the actions of the collective group.

“I think that rather than thinking individually, we need to think collectively, whether that be through community groups, environmental non-government organisations and often an alliance of different groups that come together.”

Then, Lyons suggests some great groups based both in Brisbane and around the rest of the country that are working to push for effective policy surrounding the changing climate.

She mentions Solar Citizens, Friends of the Earth and the Australian Conservation Foundation off the top of her head.

Furthermore, she speaks about how to recognise ‘greenwashing,’ the term used to describe the process of companies (Green Resources, for example) making unsubstantiated claims of sustainability in order to persuade customers to think they are doing good by supporting them.

“If it sounds too good to be true, it might possibly be,” Lyons said.

“I think always writing to a company, ringing a company asking for further clarification on what they’re doing, always seeking evidence based upon which companies might be making claims.”

“We have to be very careful to look at what companies are doing and recognising when their climate stances might actually be a distraction from the much more environmentally damaging activities.”

It’s not just companies that need to be held accountable for their environmental impacts, Lyons says, our own government can be accused of misleading terminology when it comes to their climate action.

Regarding the Paris Agreement, Lyons explains that “the federal government will hand on heart, say we’re on track to meet those obligations, but they’re really cooking the books upon which they make such a claim.”

One such example can be seen in the government’s failure to recognise the emissions produced by Australian coal that is exported and burnt offshore.

“We are such a massive coal exporter, but none of the emissions associated with the burning of Australian coal that happens in China and India, for example, counts in our carbon calculations,” Lyons says.

“So even though we extract it and we are driving significant coal-based fossil fuel pollution it doesn’t get included in our calculations, but of course we are arguably responsible for that.”